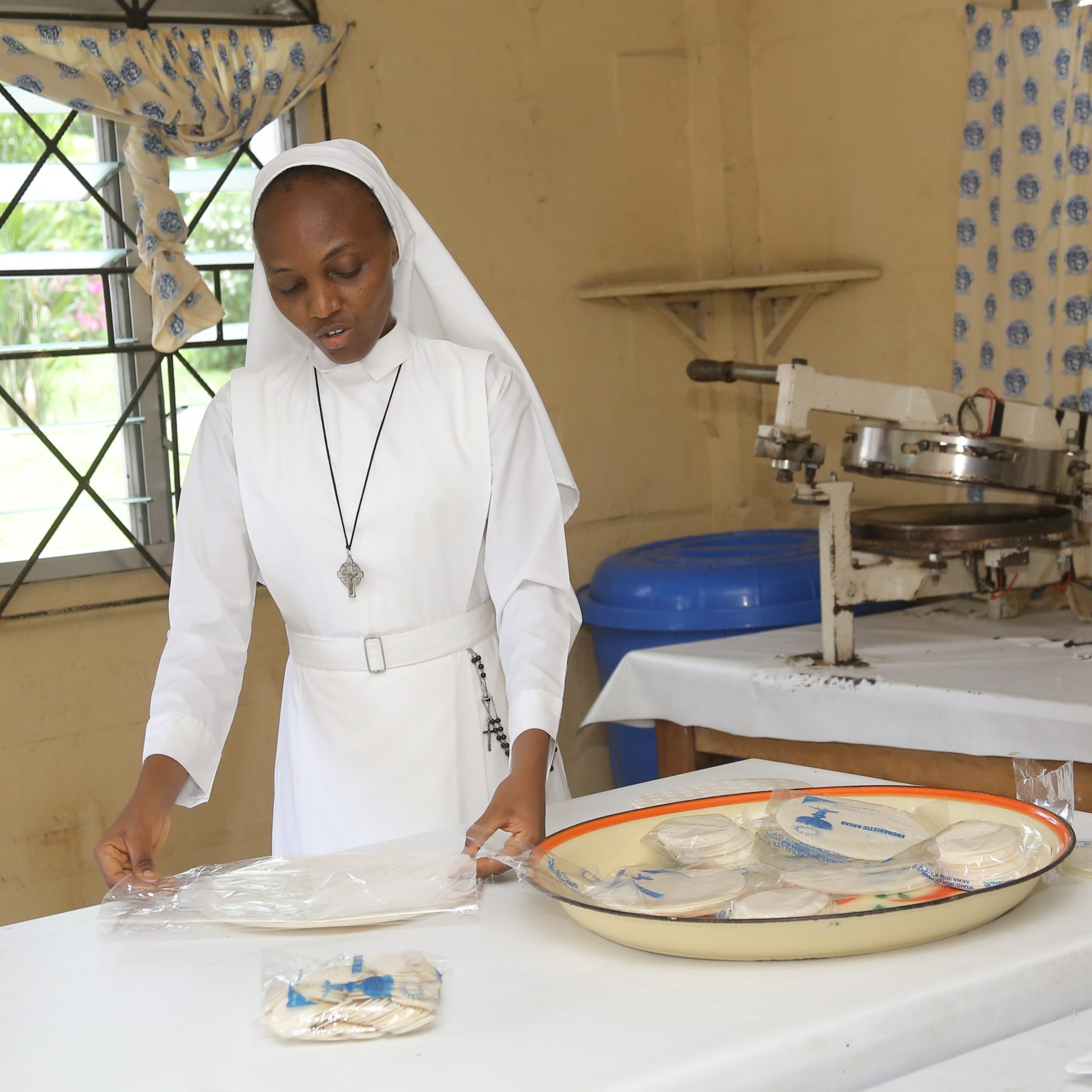 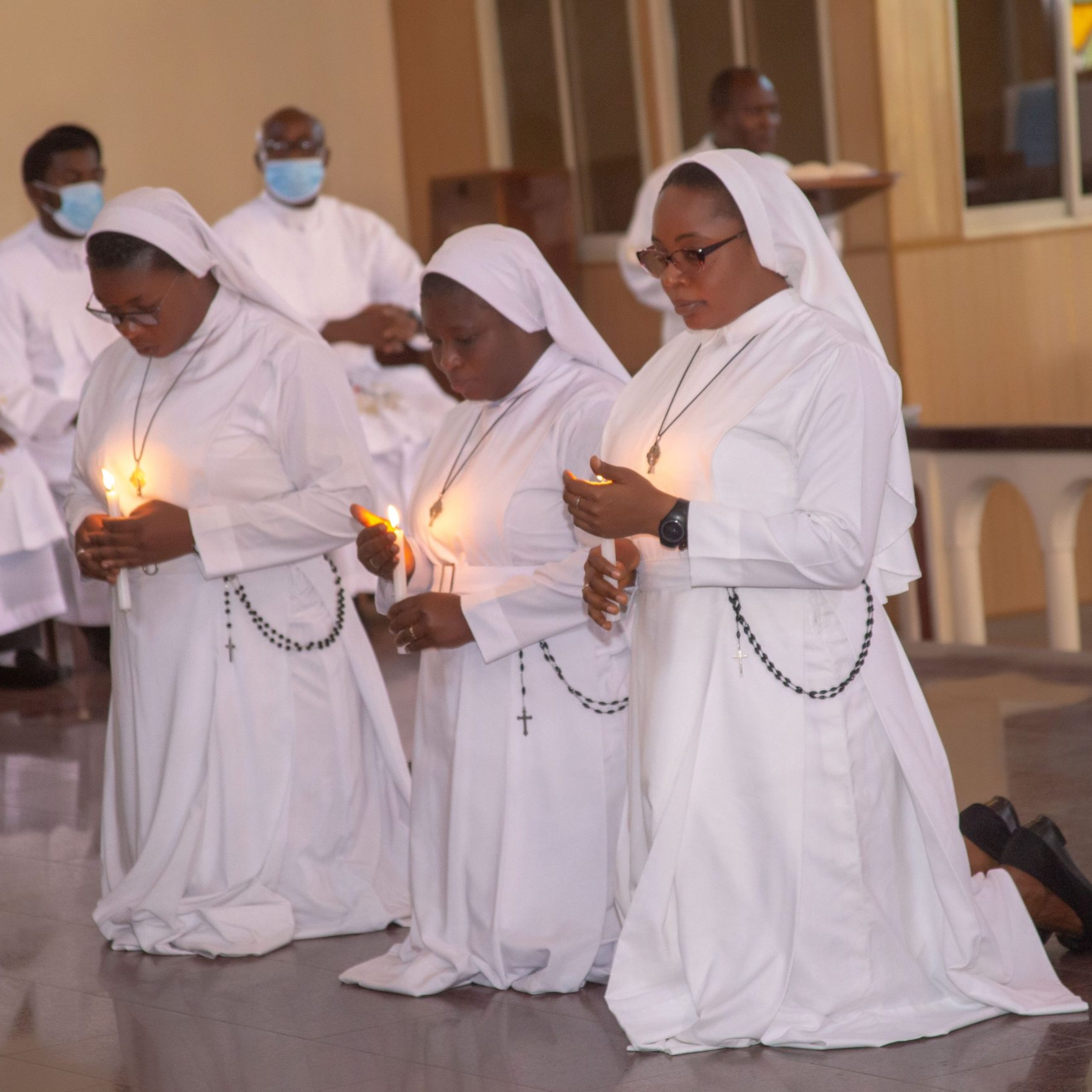 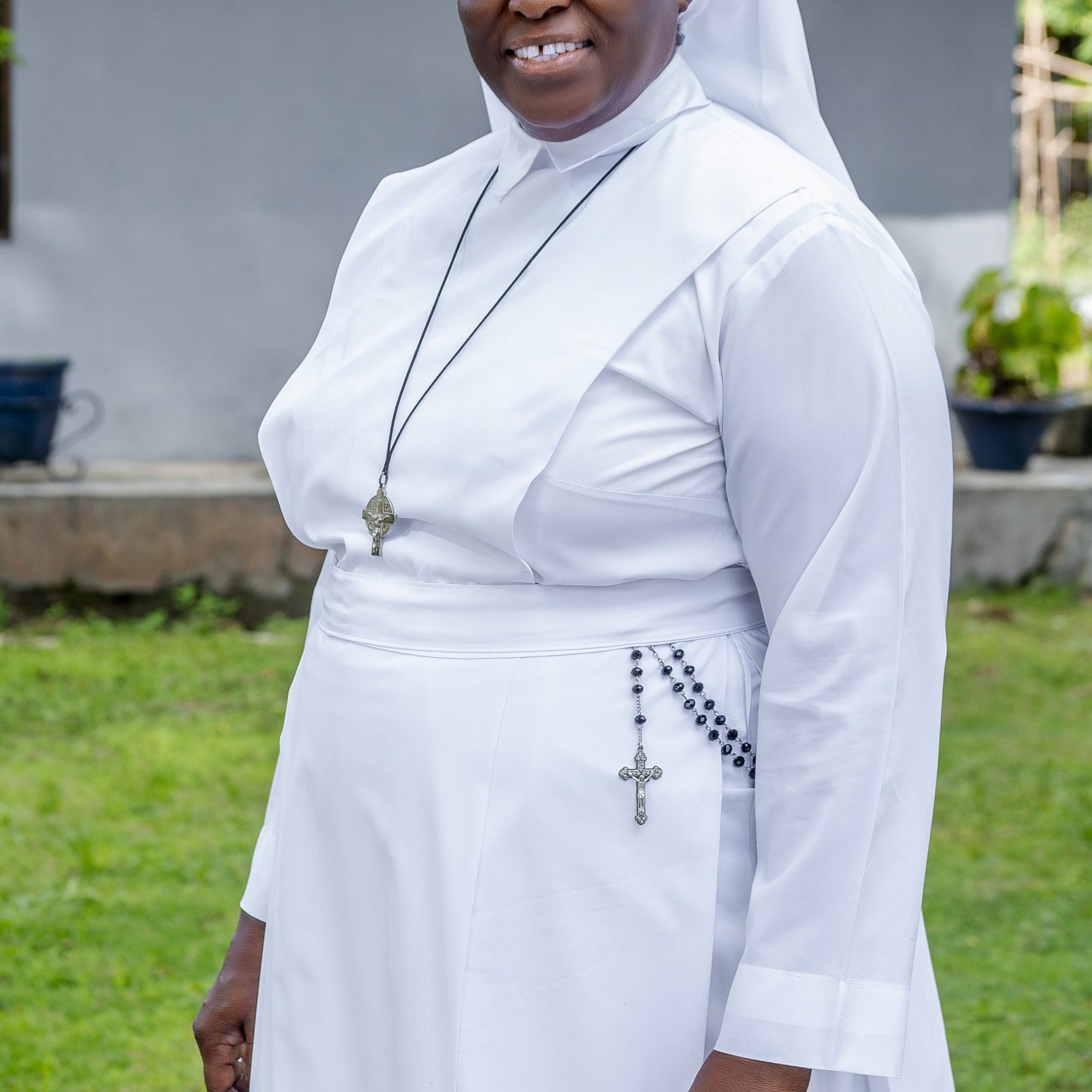 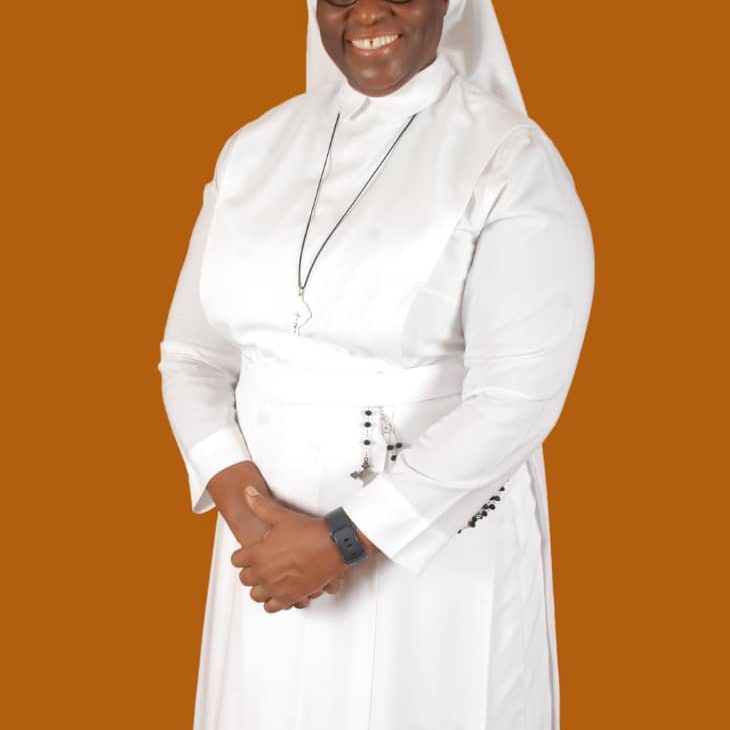 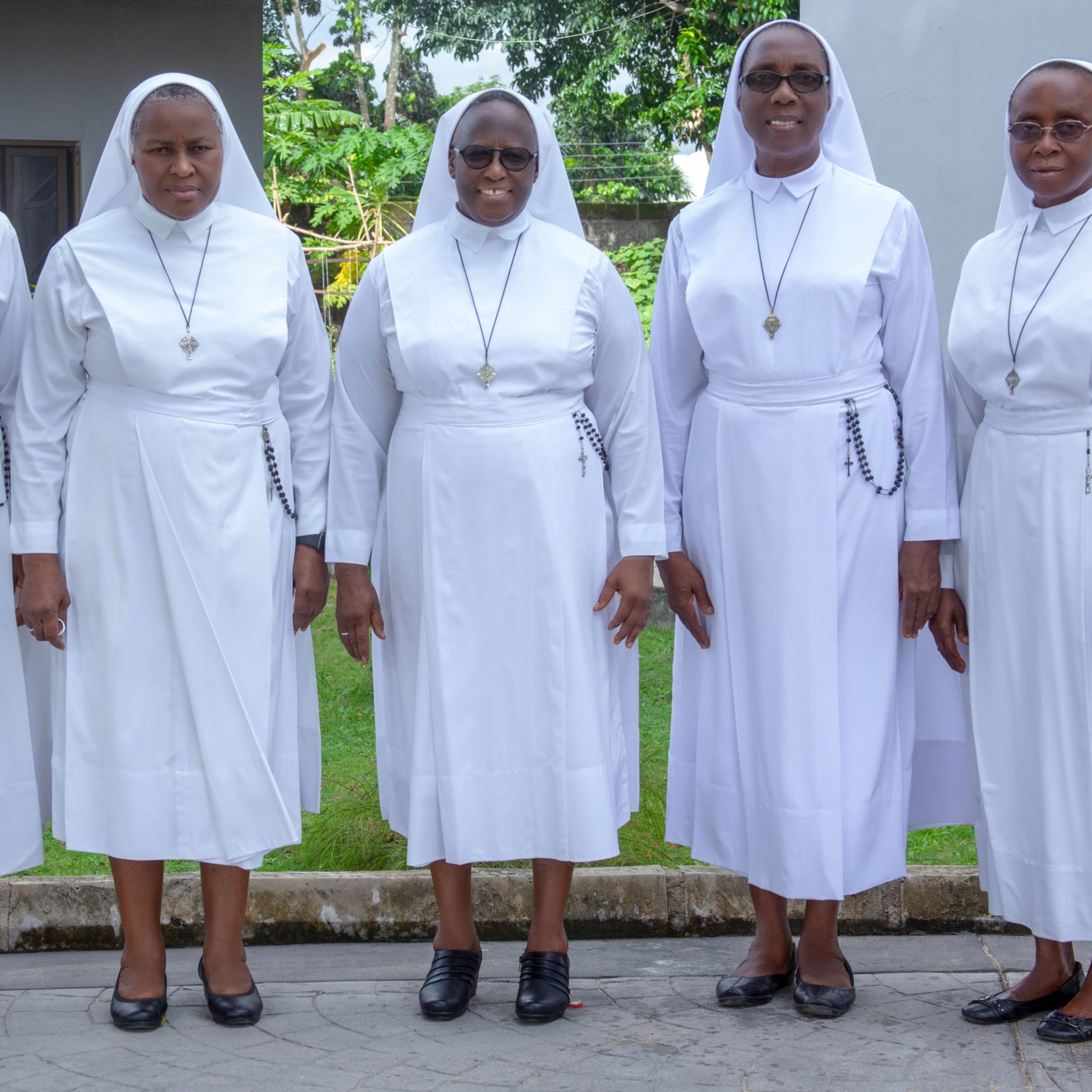 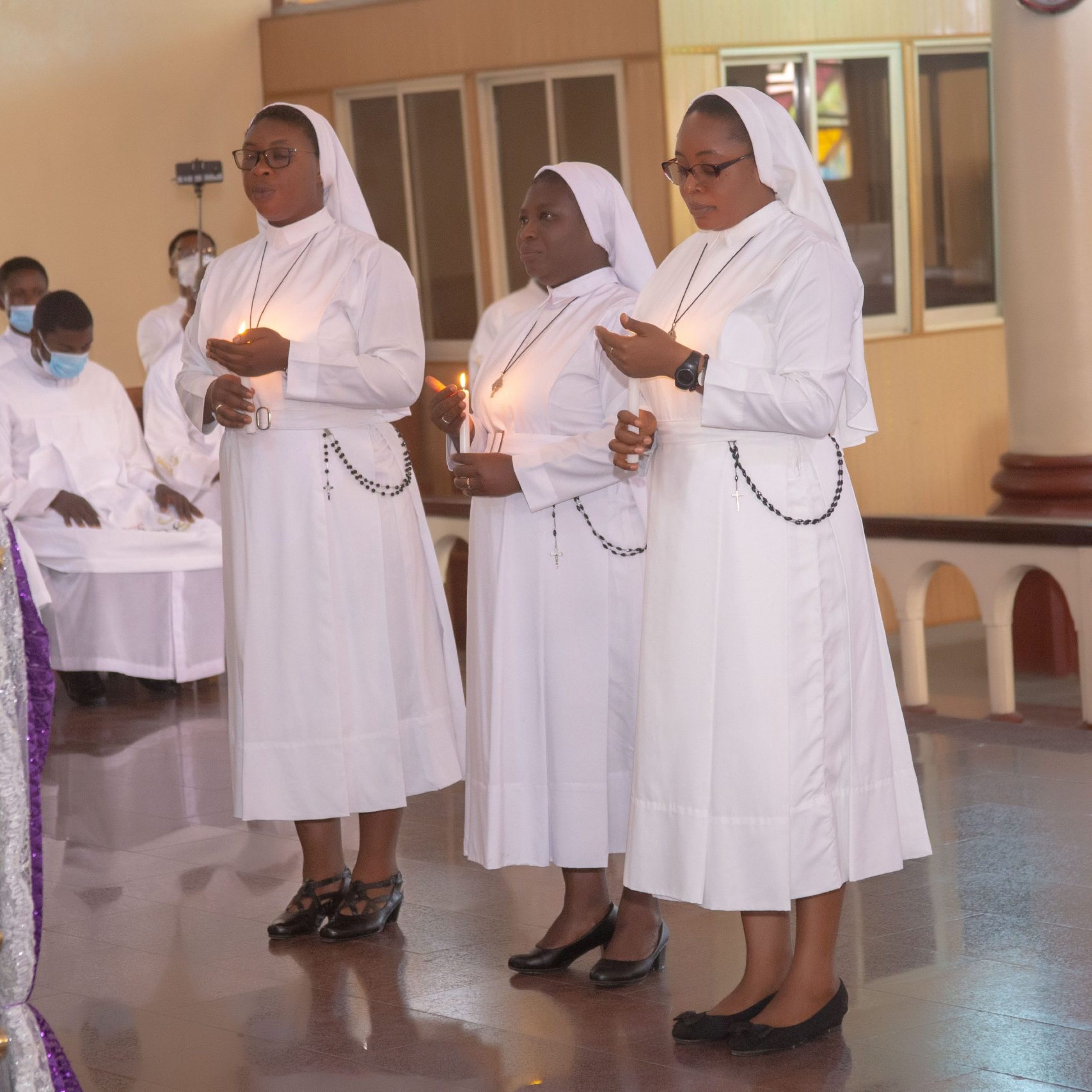 The Congregation of the Handmaids of the Holy Child Jesus (H.H.C.J.) was founded by Sister Mary Charles Magdalen Walker, an Irish Sister of Charity (now known as Religious Sisters of Charity), who came to Nigeria in 1923 at the invitation of Bishop Joseph Shanahan, CSSp of the Vicariate of Southern Nigeria.

She came to help in the work of Evangelization and most especially in the area of women’s education.  Mother Mary Charles lived out the preaching of being all things to all people as she engaged in any ministry that would uplift the standard of life of the people she served.  She was an educator, a medical Personnel, an evangelist, and a social Worker.  Her desire for an indigenous Religious Congregation was fulfilled when four of the young women she taught in St. Joseph’s Convent School, Calabar, Nigeria expressed the desire to become like her.  On January 15, 1931, these four women:

were received as postulants and she gave the name Handmaids of the Holy Child Jesus to her new group. The cradle of the Congregation is Calabar. These foundation members from the onset nursed and sustained the Congregation’s International and Inter-ethnic characteristics and its cherished charism of “All embracing Charity”.

The Congregation was canonically erected in April 1937 through Bishop James Moynah, SPS, the Prefect of Calabar Prefecture while the Society of the Holy Child Jesus guided the formation and growth of the young Congregation.  The First Religious Profession of Vows took place on 21st of April 1940.

The Congregation took over Self-Governance on 28th December 1959 with Mother Mary Gertrude Waturuocha, HHCJ, one of the foundation members, as the first Superior General of the Congregation and was granted “Decretum Laudis” (Decree of Praise) by His Holiness, Pope Paul VI, elevating it to a Congregation of Pontifical Right, on 29th February 1971. Its international and inter-ethnic nature continues as members are drawn from all parts of Nigeria, Cameroon, Togo, Ghana, Sierra Leone, England, and Kenya.  Presently, the Congregation has houses in Nigeria, Ghana, Cameroon, Togo, Sierra Leone, Kenya, Tanzania, Italy, Germany, London, United States of America, Canada and Grenada.

As a result of its growth in numerical strength and geographical spread, the 7th General Chapter of the Congregation (8th – 26th March, 1996) mandated that the Congregation be divided into Provinces for effective administration and Apostolic Ministry.  Consequently, four Provinces (three in Nigeria and one in Ghana) were created as follows:

At the 9th General Chapter (1st – 18th March, 2008) Kenya Region was created. The Generalate of the Handmaids of the Holy Child Jesus, which is the Principal house

Register to become a hand maiden